Here are the links to the recipes that I wrote out back in 2012.

This represents most of my food writing, but is a little dated in terms of my overall writing style. Hopefully readers will be feeling a little too stuffed after reading through these to mind the roughness of my younger self’s style. 😛

The movie poster for Pain & Gain. Found at http://www.impawards.com/2013/pain_and_gain_ver2_xlg.html.

Pain & Gain, Michael Bay’s quirky non-Transformers offering, is a spectacular failure. It begins as a promising original take on the “average joe commits a crime” storyline, particularly in its serious treatment of murder.

However, after the midway mark, the film returns to territory more familiar to and comfortable for actors Mark Wahlberg and Dwayne Johnson (not to mention Bay himself) as the movie degrades into a violent farce.

Ultimately, Pain & Gain is proof that the man responsible for the recent Transformers trilogy is not suited to telling a “true story” about human desperation with tact and sensitivity. 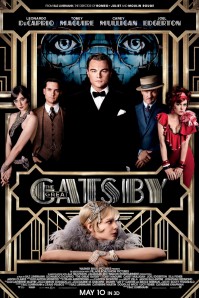 Baz Luhrman’s The Great Gatsby is a testament to his directorial speciality: spectacle. For the first thirty minutes we’re treated to larger than life visuals accompanied by anachronistic disco and rap beats that nonetheless highlight the heady opulence of the roaring twenties.

However, the film stumbles once it remembers that there’s a story to be told. Leonardo Dicaprio tries to buoy the film despite this, but he never gets it to do more than tread water.

Ultimately, The Great Gatsby simply isn’t worthy of the article and adjective that Tobey Maguire’s Nick Carraway writes over “Gatsby” at the film’s end.

After more than a year away from the movie review game, this blog is going to making a comeback. I don’t have an exact date yet, but within the next few weeks I’ll return to regularly posting a movie review per week.

However, instead of the old “The Good–The Bad–Judgement” style reviews, I’ll be posting reviews that are exactly 100 words long (according to WordPress’ word counter). I might return to the longer form review down the road, but for now, the reviews that appear here will be concise and (hopefully) pithy.

So, until that first entry appears – watch this space!

I’ll make this short, and sweet. I’m no longer going to be updating this blog regularly. I will post editorial pieces and reviews (of movies, games, and books) as they get written, but for now all of my blogging energy is going to Tongues in Jars and Going Box by Box.

So, enjoy what’s here, and check out my two other blogs as well!

I know that I originally planned to re-launch this blog and Tongues in Jars for December, but recently my time has been short. I’ll spare you the regular spiel about working three jobs and planning to move out and etc., etc. The shortest possible version is that I just haven’t really figured out exactly what I want to do with A Glass Darkly going forward.

Now, I’m still going to blog (as is plain in my resuming regular updates at Tongues in Jars).

However, the big difference between my blogging in the future and my blogging in the past is that I’m only going to dedicate 1/4 of my writing time and energy to blogging. The other 3/4 are going to my novels, short stories, and poetry. Nonetheless, I want to keep updating these blog regularly. The best way to do this, as far as I’ve been able to figure, is to simply write more fluid entries.

So, rather than sitting down, planning out, strenuously editing and drafting each blog entry, from now on my entries will be shorter. Ultimately, the purpose of these blogs is to publicly indulge my hobbies, and to give you all a way to get to know me and what to expect from my writing. My blog entries will still have the usual polish, though the fiction and poetry I post here will still be drafts and thus a little unpolished. Think of them as the sketches that artists might post on their sites.

The new year’s also going to bring some changes to A Glass Darkly‘s design and, possibly, name. I’ll still post creative writing on Mondays, editorials will return on Wednesdays, and reviews will go up on Fridays. These reviews will mostly be of books, but there’ll still be some movie reviews sprinkled in for good measure. But, these entries won’t necessarily be regular.

Along with these irregular entries, the plan right now is to post thought pieces based on what I’m playing and reading every day. I’ve got a crazy book/video game backlog, and so there’s plenty of fodder for free-writing. The difference between these entries and Wednesday’s editorials will be that the former will be free-flowing wanderings with words, while the latter will usually be more concentrated mini-essays that try to make a point.

So, now that all that’s out there – what about the rest of December? Well, for now all I can say is that I don’t expect to get much up and running here. I might do one final movie review, either of a bad Christmas movie or of the famous flop Ishtar, but doing either seems unlikely. Instead, I can say for sure that Tongues in Jars will keep getting updated on a weekly basis, and I’ll be publishing an article over on examiner.com every week as well.

So, watch this space, gentle reader, and something will appear!

A proper update/entry is coming soon! For now, all I can say is that the purpose of this blog, and of Tongues in Jars is going to change come the new year. Plus, I’ll be starting up a third, much more minimalistic blog as well.

Because I’m using National Novel Writing Month to launch myself back into writing my fantasy series, my blogging time has been short lately. So, instead of pushing through and getting out some sub-par entries, I’ve decided to put my blogs on hold for the rest of November.

However, I will be posting the entry for Stanza 8 of “Dum Diane vitrea” this coming Tuesday, while the final wrap-up entry for that poem will be posted on 4 December.

So, enjoy what’s posted here and over at Tongues in Jars for the rest of November, and watch for new content come December!

Oh, and if you’re interested, watch my Examiner.com video game blog for a new article every Saturday, plus an extra one this Monday!

Back To Top
Context

Inspired by a lovely face, this is another poem I composed out West. It’s been modified from its original to bring some more unity to the over all metaphor of face as prairie field ready for harvest, but still needs some work.

If you’ve got some suggestions, leave them in the comments!

Back To Top
Gazing Across Prairies

Each grain heavy with meaning
Each gust a desirous finger
Joy itself is in the meadow beyond that field,
As each finger yearns to run
From field to hair through to air.

So that the deepest wells awake and open,
Awake to gaze, blink, and water

Back To Top
Closing

That’s it for a Glass Darkly this week. My commitment to getting through NaNoWriMo, and this week’s work hours have conspired to force my blogging into a minimum. But don’t miss my translations and commentaries over at Tongues in Jars: tomorrow, I look at stanza seven of “Dum Diane vitrea,” and on Thursday, my delve into the Old English epic Beowulf continues!

Paul Chirik, a chemist at Princeton University, has successfully managed to make iron react like platinum in certain chemical reactions. Though shy of changing the base metal into gold, Rosner describes this as a kind of alchemy and gives a brief glimpse at some of the implications of this discovery – including how it’s contributing to new fuel-efficient tires. writes in a clear conversational style.

As a medievalist and someone interested in modern discoveries that either look or wink back at medieval beliefs and/or ideas, I just had to include this article.

Computer scientists at UCL and Barcelona have managed to create the technology to add a physical dimension to long distance interaction. The article details how this technology works (a mix of virtual reality and robotics), and includes some quotes from the scientists leading the project about its implications. This one is written in a clear style while making use of block quotes.

As someone who’s been in a distance relationship for several years, this kind of technology is beyong intriguing. So, this one had to be included.

Rebecca Martin, a NASA Sagan Fellow from the University of Colorado in Boulder, and astronomer Mario Livio of the Space Telescope Science Institute in Baltimore, Md, have published a study that suggests that a perfectly placed asteroid belt is necessary for life-sustaining planets to develop. The article summarizes these scientists’ hypothesis, and walks readers through the possible asteroid belt-related scenario that lead to the formation of Earth, as well as suggesting that asteroid impacts can help to spur on evolution. This article is written in a clear, matter-of-fact style.

The necessity, and usefulness of asteroids is something curious to ponder. And what better way to stir thoughts on space rocks than to read about them? That’s why this article is included in this week’s Annotated Links.

Adams’ article provides a quick overview of the history and cult popularity of the dreamachine – a device that simulates light undulating in a regular pattern, as when passing by evenly spaced trees at sunset. Adams also gives some insight into the celebrities that have used it in the past, and uses the case of Margaret Atwood’s recent receipt of one to provide a slightly cynical perspective on the device. This article is written in a steady going style.

Anything that offers a “drug-less high” is a curiousity. Not because it’s possibly a legal way to get such a high, but because of what it suggests about the brain and its ability to, put simply, entertain itself. This article is included in this batch of links because of the insight into this phenomenon.

Scientists have confirmed that an elephant in South Korea’s Everland Zoo can imitate human speech. Kim explains how this phenomenon came about and why it seems to be isolated to just a couple of elephants. Kim’s article is designed for the internet with simple sentence structure and short paragraphs.

Various birds can mimic human speech, but elephants? That’s just plain weird, and so it just plain had to be included in this article.

Back To Top
Closing

Next week on the blogs watch for another poem on Monday, the second to last stanza of “Dum Diane vitrea” on Tuesday and more Beowulf on Thursday. As always Tuesday’s and Thursday’s updates can be found over at Tongues in Jars, and Monday’s can be found right here at A Glass Darkly!

By the way, because of National Novel Writing Month (NaNoWriMo) and how my work week’s rolled out, I’m not going to be reviewing a movie this coming week. But, watch for a review of something the next week!